While working with building administrators and lead peer coaches at the ACS school in Doha, we explored the extension of a “culture of coaching” within their school. I shared the value of these leaders being vulnerable by taking the lead in requesting coaching from each other and members of the staff. I have written earlier  about the role that vulnerability plays in building risk taking and posted a video regarding coaches’ roles in creating comfort for teachers with vulnerability.

One of the participants in the session, Chris Quinn, shared a recent post he had done about vulnerability and I wanted to share it with you. Chris is currently the Athletic Director at ACS Doha International School in Qatar where he is serving his 6th year at the school. Previously, he worked as a principal for 7 years in Scottish Government Schools. His background, at that time, had him heavily involved in behavioural needs, counselling and pastoral care. Chris has long had an interest in philosophy and emotional intelligence. Very recently he attended a Phys. Ed. and leadership conference in Bangkok where he stumbled across (what was for him) a very compelling piece of learning. As Chris felt so strongly about what he’d learned, he decided to document it in the form of a slightly lengthier post for him (by his own admission) on Facebook. 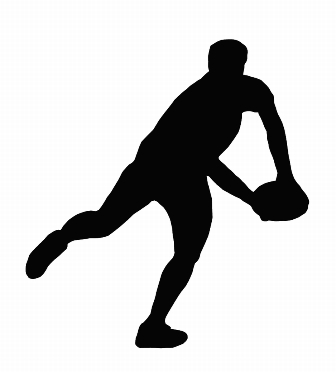 “I don’t normally make a post like this, but honestly think what I experienced yesterday is something that is worth sharing.

I am currently at a professional development conference in Bangkok where I attended a workshop called “The Power of Vulnerability in Teams.”

During the workshop I was awestruck to learn that the All Blacks, the most consistently successful sports team of my generation, the All Blacks, hard as nails machines…. spend significant amounts of their time sharing with one another their deepest insecurities and vulnerabilities. They spend time sharing with one another the things that they fear and what others would perceive to make them weak and frail as men.

Because research has proven, and what the All Black understand, is that by laying themselves bare and allowing themselves to be emotionally exposed, that in doing so, they are acting and exercising their ability to be …

and that quite obviously becomes them.

If you think about it, how do you train teams and people to become courageous?? Well, how the All Black do it is by actively exercising and showing their “fragilities” to one another which quite obviously for them is a very binding and worthy process.

This link is a video we were shown at the workshop. If you have 20 minutes to spare, it’s not wasted time.”

Gilbert Enoka, mental skills coach to the All Blacks

I found this posting,  What the All Blacks can teach athletes about accepting mental vulnerability,  that provides additional interesting insights. There is strength in team members asking for help… both for the individual and the team. The same is true in our schools. Educators, being vulnerable and requesting support, strengthen themselves and the culture of the school to better serve students.

Tasha Eurich explains “CEO Disease,” which is when someone works their way up the corporate ladder and gets less self-aware. (Video and script here) She identifies two strategies for leaders to lessen the impact.

#1 Create a safe environment where people tell each other the truth. There are a lot of ways to do this but one of the most powerful is to be vulnerable yourself.

#2 Find a “loving critic, “someone who you know wants you to be successful, number one, and number two is willing to give you the good, the bad, and the ugly about your performance.

Creating a coaching culture can build strong educators and a school team that will best serve students.