Over the last several weeks I have been engaged in several conversations regarding  goal setting, innovation and change. In several instances I was struck by a hesitancy to think and act in a different way…… a hesitancy to be vulnerable and take a risk. Leaders in administration and teaching are those who implement a behavior before trust has been built. I was reminded of an earlier blog I had posted regarding vulnerability and risk taking and decided I’d share it again. I hope you find items to trigger your ideas about modeling vulnerability. 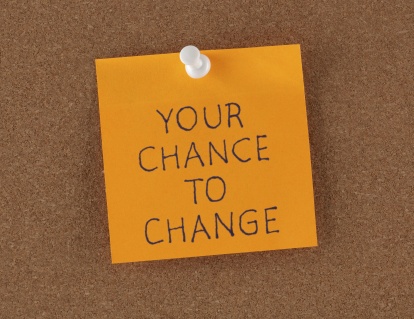 I wrote about vulnerability in an earlier blog  and was reviewing my thinking this week as I prepared to work with principal and instructional coach partners in planning for student achievement and teacher success at their schools. One of the issues I knew I wanted to explore in our conversations was, “How do principal and coach model the vulnerability we are asking teachers to practice to create new achievement results?”.

As often happens, someone I follow on Twitter put just the right material in front of me to stir my thinking. A blog by Vicky Dearing writing for Coaching for Results Global pointed the way. (Three Good Reasons Why It’s OK to Let Your Vulnerability Show, AUGUST 23, 2013)

Here were her reasons with some of my thoughts:

Vulnerability requires honesty and courage. To learn a new skill, especially one that takes you out of your comfort zone, calls for you to step up and through a place of uncertainty. You have to be willing to let yourself be seen as not knowing and that can make you feel uncomfortable – vulnerable. However, on the other side of vulnerability, when you face it head on and dare to deal with it, is a feeling of relief, satisfaction and accomplishment. You’ve got to believe you can do it, even if you are not yet there.

Making it okay to have that feeling of discomfort when learning and changing is the piece I was thinking about initially. I hadn’t thought about the courage piece. Robyn Jackson talks about master teachers having skill and will. It takes courage to state your determination that all students will succeed when your current practice isn’t getting the desired result. So leaders can model courage with vulnerability.

Owning your vulnerability can transform the way you lead. Dare to show up and let yourself be seen. That means taking off the protective armor that keeps the real you from showing up. Protecting yourself from being vulnerable is actually a measure of fear and disconnection. If you spend your life waiting until you’re perfect or totally protected before you walk into a new situation, you may very well miss opportunities and forgo relationships that are unrecoverable.

Knowing and being known are critical to build the relationships needed in schools and classrooms (earlier blog). Principals and coaches need to be known to each other, so showing that vulnerability between them is important. Allowing teachers to see the vulnerable side of leaders has the leaders “known” better and hopefully encourages teachers to become better known as a staff team.

Vulnerability cultivates trust.  Other people are watching you. In fact, many begin to take on your behaviors. They don’t have to know all your deep feelings, but when they know that you’re a leader who’s vulnerable, who opens up with your coach or other trusted colleagues, who tries things out and if they fail, owns up to the failures, then the climate of trust increases.

In Ken Robinson’s video How to escape educations death valley,  he states that the leader’s role isn’t command and control, but climate control.  Building that climate of trust is crucial for teachers to examine every potential change on their part that could create the change unlocking student success.

Vulnerable leaders of classrooms and schools can build the climate where students can develop as Risk Takers as defined by the IB program:

They approach unfamiliar situations and uncertainty with courage and forethought, and have the independence of spirit to explore new roles, ideas