The Power of Leading and Teaching with Stories | Steve Barkley

Teaching and Leading With Stories

I am currently coaching a client who is examining how stories might be a powerful approach to use for sharing her background, skills, talents, and passions when interviewing for a position. She shared a post by Carmine Gallo that she thought would interest me. It did. 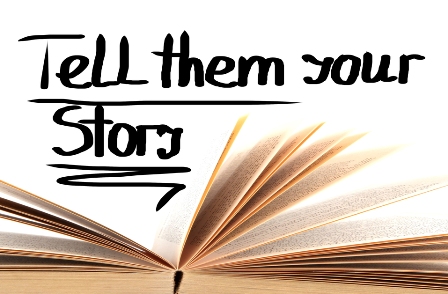 Bezos states that “narrative structure” is more effective than PowerPoint. Instead of reading bullet points on a PowerPoint slide, everyone sits silently for about 30 minutes to read a six-page memo that’s narratively structured with real sentences, topic sentences, verbs, and nouns. When everyone is done reading, they discuss the topic. Bezos suggest this is much more powerful than a power point presentation.

#1  “Our brains are hardwired for narrative. We process our world in narrative, we talk in narrative and—most important for leadership—people recall and retain information more effectively when it’s presented in the form of a story, not bullet points.”

I have always used stories as illustrations of key points I’m making in keynote presentations. Two examples of the power of stories came to mind as I read this.

“Somehow, I was never told to “teach with stories” when I was starting out as a teacher, even though that is one of the best ways in which I learn. However, “story-driven learning” may be one of the most underused and oldest methods of teaching…and the most effective.
– AJ Juliani

#2 “Stories are persuasive. Neuroscientists have found emotion is the fastest path to the brain. In other words, if you want your ideas to spread, story is the single best vehicle we have to transfer that idea to another person.”

I have often found that when people are laughing at the humor they find in a story I’ve told they discover a reality in their own practice.  An example:

My first year of teaching I had a student named Jimmy who frequently refused to complete assignments I gave him. One day in frustration, I told Jimmy, “You can do the assignment I gave you or you can go to the office.” Jimmy quickly stood up, said, “See you later Mr. Barkley,” and headed to the office. A short time later, I found myself responding to the principal who asked me,” Why is Jimmy here?” My short response, “Because he wants to be?”

It took me a few years of teaching to understand that the office with the principal was a friendlier place to be than my classroom with an assignment that Jimmy had no possibility of successfully completing.

As participants muse about my “foolishness”, they identify times that they had put students in similar situations. The story engages listeners with the emotions of Jimmy and me. Maybe also with the emotions of the principal who had to figure out how to deal with a clueless beginning teacher. 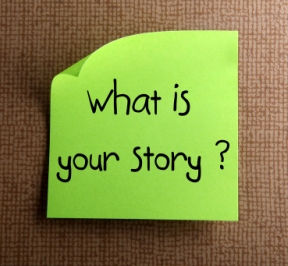 3. “Bullet points are the least effective way of sharing ideas. Simply put, the brain is not built to retain information that’s structured as bullet points on a slide. It’s well-known among neuroscientists that we recall things much better when we see pictures of the object or topic than when we read text on a slide.”

Stories provide the opportunity for listeners to paint pictures. Sometimes as the storyteller, one chooses descriptive words to create the desired picture. Other times, the story can be told in a way that allows listeners to paint a visual that personally connects for them.

I have often illustrated teacher perseverance and the value of teacher collaboration by telling a story of “Mikey,” a struggling learner in my first-grade class who didn’t break the code for reading until near the end of the year. I describe how I sought ideas from many of my colleagues as I worked with him day after day with very limited signs of progress. When Mikey became a reader near the end of the year, the primary staff of the school showed up in my classroom with a cheese ball and “bubbly” to celebrate. Celebrating… Mikey’s success, my success, and the team’s success.

If I use this story with elementary teachers, I share the details of the story including first grade, primary teachers, beginning reading, etc. Participants easily relate to the story. If I have secondary teachers in the audience, I leave out the details and describe Mikey as a struggling learner and my instruction lacking effectiveness and my seeking support from my colleagues. I found that participants create a picture of a student at their level, in their content and relate better than to my detailed example.

As you plan your next presentation with staff, students, or parents, what story might best make an emotional connection…a brain connection to your most important element?