Middle level leader is a term frequently applied to teacher leaders who assume roles like team leader, PLC facilitator, department head, or a specific curriculum area leader such as math lead in an elementary school. I am presently engaged with four schools that are providing professional learning and coaching to staff in these important roles. The focus of our work ranges from facilitation skills for supporting PLCs to instructional coaching practices and guiding reflection for teachers’ design and implementation of professional growth plans.

The importance of these learning/coaching opportunities for teacher leaders was illustrated in a blog by Walley Bock where he explored the thought,” It would be nice if leadership were easy.”

“It would be nice if leading well was as easy as it is rewarding. It’s not. If leadership was easy, more teams would be more effective. More people would enjoy their work and be happier. But leadership is hard, consuming work.”

In some ways the term middle level leaders defines a role that can be rather difficult to fill. The definition of the idiom “in the middle” according to Marian Webster is “in a difficult or unpleasant position”

Leading a department or grade level team can have one in between leaders expecting certain actions to be carried out and staff disagreeing with the leader’s plan. At times, middle leaders are between the two who are not communicating with each other, only to the middle leader.

A Discovery in Action post identifies a list of 15 common problems that one finds when being asked or told to lead a group of peers. Here are a few of them:

The Discovery in Action blog identifies that these problems can exist in normal leader/follower relationships as well, but there, the leader can fall back on ‘position’ or ‘status’ authority to require compliance. In some cases, staff knowing the leader has that option, chose to comply initially. 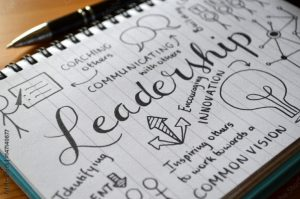 I believe the focus work of the middle level leader needs to be in building a team that they are leading (maybe better described as facilitating) and joining as a team with other team leaders and school leaders so that the school staff is a team. The key to being a team is working with common goals.

Recently, a middle level leader I was coaching shared a struggle where he felt “in the middle.” Administration was requesting that teachers in his department teaching the same course have a greater alignment of their teaching as students and parents were comparing experiences and raising questions. Teachers shared that administration was “overreaching” in telling them how to teach. They felt micro-managed. My coaching was to look at how the middle level leader could facilitate the teachers becoming a team that reached an agreement on the “course outcomes.” As a PLC could they agree that students in the same course would meet common standards? As leader, he felt comfortable that they were responsible to students, parents, administration, and the next level teacher to have those common goals. Now, as a team could they agree to work together to see that all students met those goals. That would likely require some common assessment measures. As the teachers meet in a PLC and study student learning outcomes together, they could share their personal/unique instructional strategies and discoveries being used to achieve the common goals. As the teachers’ goals and insights are shared with the administrators and other middle level leaders, the schoolwide team is enhanced.

This type of teacher collaboration most often requires, at least initially, some facilitative support. Too often teachers interpret “teaming” as limiting or controlling, rather than empowering. Too often teacher leaders are given the task of creating teamwork among staff with insufficient support for developing their leadership skills. Sometimes teacher leaders leave these important roles or even refuse to accept them because of the difficulties they have seen middle level leaders experience.

Developing teacher leadership skills will have a valuable impact on teacher and student success across a school.