Tapping Your Curiosity While Coaching | Lessons from Larry King

Tapping Your Curiosity While Coaching: Lessons from the late Larry King

The recent passing of Larry King, the renowned CNN interviewer caused me to reconnect with a message I pulled from an article I read years ago that was exploring King’s success. The first part of the article asked other interviewers what they felt was his key strategy. 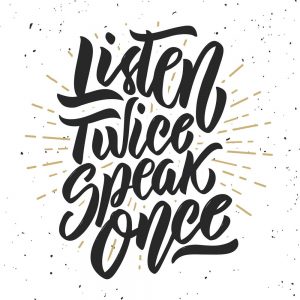 The common thread they shared was that King did not go into his interviews with a fixed set of questions. He didn’t set out to back the interviewee into a corner. They described instead, that he had open questions and showed interest that lead to the interviewee sharing information that they hadn’t planned on sharing on live TV. Here are some examples:

In King’s own words, “I don’t have an agenda. I don’t assume the answer. I never learned anything when I was talking. Listening is as important” (Source: San Diego Union-Tribune)

Wendy Walker, King’s producer for thirty years reported that he kept his questions short and let his guests do most of the talking. When he did an interview, he made it all about the other person. He never said, ‘Me, too’.

From very early in my work as a consultant to coaches, I have been asked for a list of questions for pre and post-conferencing and have done my best to avoid providing one. A pre-conference for an evaluation observation can be sent to the teacher in advance as it is made up of the questions that request information the evaluator has decided is important. In coaching, you are seeking the coachee’s agenda which means your questions come from your listening. Quality listening requires being confident enough in your skills to not feel pressure to be forming your next question when you should be listening. Feeling comfortable with a pause as you form a question when the coachee has stopped talking is also important.

In the second part of the article that I read years back, they asked Larry King why he thought he was successful. His answer was, “Curiosity.” He continued, “Curiosity didn’t kill this cat. It made him wealthy!” He shared that he was interested in the story he was hearing. The interviewee responded positively to his curiosity and interest. King has been described as ‘an endearing, occasionally irksome, child who is constantly asking questions.’

When I read about his curiosity, I realized that it was a key to my success as a coach and I encouraged others to consider tapping into curiosity as a key element of their coaching conferencing. As I listen to a teacher describe the learning that she wants to generate and the hypotheses about ways to make that happen I am intrigued. The complexity of the teaching/learning process is amazing. The possibilities are near endless. The student reaction (engagement) often is unpredictable. Reflecting in a post conference about what did happen and what insights are gained and how to proceed continues to captivate my thinking. 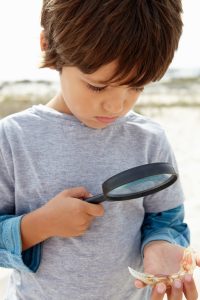 Ines Paler in Coach like a child – The Power of Curiosity  shares:

“For a coach, being curious enables us to let go of our beliefs. It allows us to leap beyond first impressions and to connect with the client. It doesn’t matter if their story is like ours because it’s not the story that matters. It’s what the person is experiencing. And that is unique.”

I especially encourage new coaches who are unsure of their coaching skills to allow their curiosity to guide them and the teachers they are supporting. Avoid the urge to be an expert, a problem solver, and to give the teacher a solution.

Paler suggests we play with the situation and discover what’s possible. Curiosity can bring us both hope and powerful creativity.

I wish you the pleasure that emerges from engaging in collaborative curiosity around teaching and learning with your colleagues.

2 Responses to “ Tapping Your Curiosity While Coaching: Lessons from the late Larry King ”