Recognizing the Value of Success Skills

I had the opportunity to have three podcast conversations with Tom Hoerr, the author of The Formative Five. In my first podcast, Student Success Skills Part 1, and second podcast, Part 2, Tom identified the importance of five critical success skills and how engaging students in understanding and developing these skills can change mindsets and raise expectations for student learning. Significant improvements in school and classroom culture can be additional benefits. 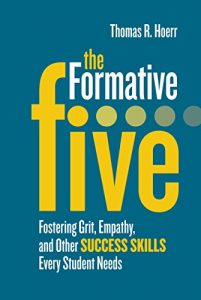 In the third podcast, Tom and I joined a team of educators from Simle Middle School in Bismarck, North Dakota who are  focused on how best to prepare students for high school and life beyond high school. They had initially held a lunch with the entire staff including instructional staff, coaches, secretaries, anybody who would come in contact with students throughout the day and asked them to list five characteristics they felt every student needs to be successful in college, career, and life. Through that process they narrowed those characteristics and behaviors down to the “big three” self-management, empathy, and resilience.

The Simle team asked Tom how they might best approach the importance of success skills with parents. Tom shared this strategy that he had used as a principal

One of my most effective strategies was implemented at Back to School Night. I had everyone take a three by five card and pencil when they entered the theater. I opened by asking them to write down the initials of three people that they knew who they considered to be really successful. People that they knew personally. After about 60 seconds, I said, “turn to your neighbors and don’t share who the people are but talk about are their characteristics. What are the adjectives you would use?” The room just filled with a buzz. Everybody was excited. I had trouble getting the crowd’s attention back. But when I did, I said to them, without seeing your cards, I’m going to tell you what characteristics I believe you identified.

If I was at your school, I would then talk about the big three and say, raise your hand if you described the big three. Almost all the hands are going to go up. And I think what that does is show parents how what you’re really doing is positioning, preparing their kids to be successful in the real world because you’re pursuing those traits that they generated when they talked about the people that they know who are successful.

If you would talk to people at a cocktail party or at the grocery store, we know they’d talk about these qualities but somehow, when we walk into the school door, because it’s not our experience, we tend not to validate these. So, I think the value is stepping back and having the parents own the big three because they’ve said to you, “Wow, the people that I know who are successful demonstrate these.” 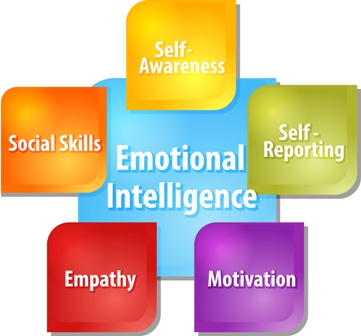 I asked Tom, “How about the staff? Do they need to be considering their own status in self-management, empathy, and resilience? What does it mean as a staff, as well as individual educators, to grow in each of these areas?”

Tom shared, “Yeah, totally. In my new book I say that when it comes to social emotional learning, we can’t leapfrog the staff. We can’t have the leadership of the school, whether it’s a principal or a committee say, well, the kids are going to do this and oh, don’t worry about the faculty. It seems to me that in a school, if we’re working on self-management, if we’re working on empathy, if we’re working on grit, that those are things that everybody in the building works on. I would argue everybody in the school community, including parents, but certainly beginning with the faculty. And to me, if I’m a school principal, one of the things I’m going to do is make a point at faculty meetings and professional development sessions of having faculty engaged in some of the activities that we will want them to have their kids engage in later. We all need to be growing together.”

As I considered Tom’s comments. I realized that a focus on success skills with students, requires vulnerability on our part as educators. A conscious look is going to uncover areas for my own growth.