Several years back I posted a blog on coachability that was triggered by Steve Keating’s post on the topic, titled How Coachable Are You?.  I reviewed that blog and searched a little further to find more thoughts on the topic of being coachable. As you read through this blog, consider your coachability. Is there room for improvement? How do you model coachability for staff and students? Are there ways we can coach people’s development of coachability skills and traits?

In Are You Coachable,  Sam Parker states that to be coachable is to be:

Coachability is about behaviour…about action that demonstrates three aspects of an approach to work and to life:

the interest and willingness to learn

the ability to seek out, accept and integrate feedback without being defensive

Timothy R. Clark, in Are You Coachable, suggests that: 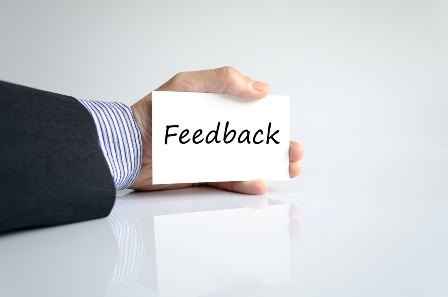 Keating identified that coachable people are great listeners. They are willing to learn from anyone. They consider all advice; even the advice they eventually discard is considered for its possibilities.

Early in my presenting/consulting career, I learned the joy and sometimes pain of reading evaluations of my work several times a week. When I’d read through a stack of 100 participants’ comments where maybe 75% were excellent, 20% good and 5% terrible, I tended to wonder what problem the 5% had that prevented them from finding value in the work I had done. As my confidence grew in my own abilities I learned that the negative evaluations frequently contained some seed of an opportunity for my improvement. That negative comment might explain what caused some participants to have a good experience instead of an excellent one. The good comments often didn’t flag any area for possible improvement the way the poor ones did.

Keating reminds us that if we respond with, “Yes, but…” (spoken or thought), we are not really listening for the possibilities in what the coaching feedback is offering. I think I am pretty conscious of avoiding the out loud “Yes, but”; however, I am afraid that my mind is processing a “yes, but” defense when I should be listening more intently and asking questions to help me explore the possibility of finding value in the negative feedback.

Sam Parker described this as listening with the intent to learn rather than to show what you know.

I frequently state that the role of leaders is to “model the model”. Whatever behaviors we are seeking in our staffs should be continually modeled by us. So, school leaders should…

-model really listening to the feedback

Stephanie Mead explores this modeling in her post,” Are You a Coachable Coach?”.   She suggests that coaches from time to time end their coaching sessions by turning the table and requesting coaching. Asking questions like, “How helpful was this feedback for you?” or ”How can I increase the effectiveness of my coaching?” can do a lot to demonstrate your active interest in being coachable.   “But the most important part is that you listen intently and try to take the person’s feedback to heart without getting defensive.  Demonstrating respect for their ideas and perspective is a key part of communicating the right message to the other person.”

School leaders need to model, not just asking, but also listening and most importantly, taking action to change.

One Response to “ Promoting Coachability ”