Having a pre-conference with a teacher creates an agreement on what to observe. Having done the observation, a post-conference provides the teacher with feedback. Exploration of feedback most often leads to a next step. It might be that a question emerged during the post-conference leading to another observation to collect more information or it could be that an idea emerged for a change and so we’re doing a follow-up observation to identify the impact of the teacher implementing that change in his or her classroom. 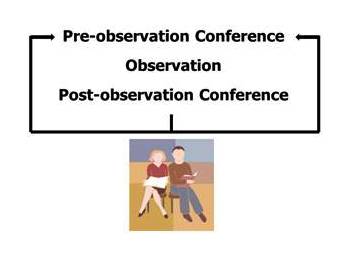 For me, the pre-conference is a critical component of effective coaching. Strangely enough, I find that people who are pressed for time commonly end up skipping it. When training coaches, I put the greatest amount of time into pre-conferencing because if my pre-conference is effective the rest of the process flows easily.

What follows is a model pre-conference, that I recorded with Kelly Stevens from the Northern Valley School District in New Jersey. Kelly and I modeled this for a coaches’ training that the district was conducting.

Kelly: I am a third-grade teacher who’s interested in trying new things to help my students. I also am little bit nervous about that because I’m new and I want to do well in my observations.

Steve: When you say, “help your students,” can you describe an outcome or two that you aren’t now getting with your students that you want to get?

Steve: Take the lesson that you’re going to invite me to see and talk to me about what student engagement would look like and sound like in that particular lesson. 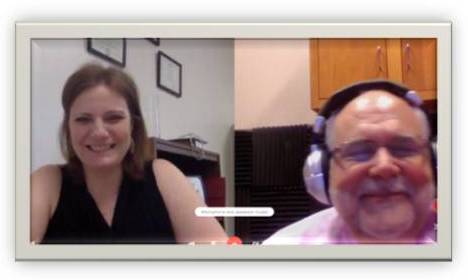 Kelly: It’s going to be a math lesson on writing numbers in different forms: standard form, expanded form, and word form. One of the ideas that I want to try, that I’ve been playing with, is the math workshop model. There would be a mini-lesson and then three stations that the students would cycle through three different activities. One would be with me, and then two others would be independent activities.

What I would ideally like to see, is that in the stations when they’re not with me, that they’re engaged in what they’re doing, writing numbers in the different forms.

Steve: Is there any student interaction with other students during the independent stations?

Steve: Talk about what student engagement is there?

Kelly: There would obviously be some talking about math. I would ideally like to hear the words expanded form, word form, and standard form. I would like to hear them using the appropriate ways to say the numbers as well as helping each other if needed. If someone wasn’t sure which form it was, having the partner there to discuss possibilities.

Steve: How do you see that center fitting with your description of some of your students being more independent in their skill level than others?

Kelly: One of the things I had thought about doing was possibly having several sets of cards so that there might be some more challenging numbers for some students. My concern is if other students see those numbers and they might feel badly that they didn’t get that particular deck.

Steve: What are you going to do about that feeling you’re having? 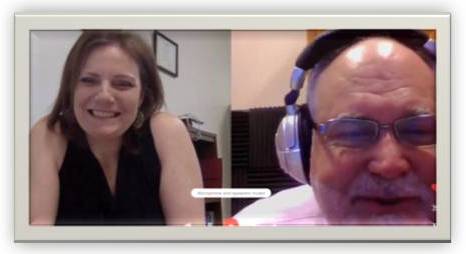 Kelly: That’s a good question. My idea was that I would just hand them the cards. I mean they’re going to be in a similar area but they’re not going to be right next to each other. I have talked with them about how being fair doesn’t mean everybody gets the same activity. It’s everybody getting what they need. I’m hoping that my giving them the cards without them just picking them will alleviate some of that.

Steve: It sounds like you want to run an experiment.

Steve: Does it make sense if my coaching work is to assist you in assessing the experiment?

Kelly: Yes. I think that is a format I would like to try.

Kelly: Okay. Yes, I think that would be helpful since I won’t be at that center.

Steve: I’m wondering if the fact that I could do it by name, will allow you to look at the data I’ve collected and be able to read a lot more into understanding the data than I could, not knowing the students.

Kelly:  Yes. I think that would be very helpful.

Kelly: It does sound very doable. Thank you.

I enter a pre-conference with a goal of understanding the teacher’s agenda and establishing a focus for the observation. Agenda means I’m looking to understand what Kelly is thinking. She gave that to me rather clearly. What she wants to make happen. What her fears are. What her concerns are. As much as possible, I want to look at the classroom through her eyes.

The second element I want is to establish a focus for the observation. Focus is what differentiates coaching from evaluation. When evaluators come into the classroom, they actually have to avoid getting a focus because it would throw off the accuracy of their evaluation. Evaluators need to pay attention to everything. When the coach comes into the classroom, they’re going to disregard the majority of what’s going on, and zero in on the focus. If you think about this observation, there’s a lot going on in Kelly’s classroom. There is the other center and the students whom Kelly’s teaching, but all my focus is on recording student behaviors (by name) in the one group.

This pre-conference with Kelly took 6 minutes. That’s a very short amount of time to invest in order to maximize the learning results coming from coaching.

You can listen and share this pre-conference in a podcast found here.

One Response to “ Pre-Conferencing: A Critical Element of Effective Coaching ”