Learning From Failure and From Success - Steve Barkley

Learning From Failure and From Success

This blog was motivated by a question that an educator posed on my website….

Do we learn more from winning or losing? The majority say from losing(failing).… but if this is the case, then why do we push so hard for winning (passing)?

In rather short order I respond with the following:

It isn’t winning or losing that produces the learning. It is the debriefing/analyzing of the process that produces knowledge that one can gain from. It’s the value of reflection….teachers, mentors, coaches, help us learn from our experience, win or lose. 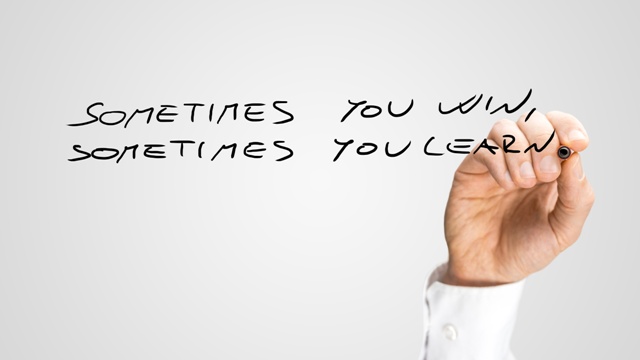 Over the next several days I reflected back on my response and recalled reading a blog by Kevin Ruth, the executive director of ECIS, Stop the Grand Celebration of Failure.  I located and reread the blog.

Ruth described how frequently “celebrating failure” was mentioned by educational presenters, reformers, and practitioners and questioned whether the over emphasis was deflecting schools from the real challenging issues they are facing. Connecting to writing by Mark Payne, president and co-founder of Fahrenheit 212, a leading innovation consultancy, Ruth submitted,

“….. Yes, failure can teach us great lessons, to paraphrase, but let’s not forget that failure is not the only teacher: success too is a teacher, and it can hold a certain degree of profundity when we consider that success in innovation leads to meaningful change in schools,”

Learning from success and failure. I went searching that phrase and found the following study, Systematic Reflection: Implications for Learning From Failures and Successes. The authors define systematic reflection as a learning procedure during which learners comprehensively analyze their behavior and evaluate the contribution of its components to performance outcomes. They describe three important components of systemic reflection: self-explanation, data verification, and feedback. 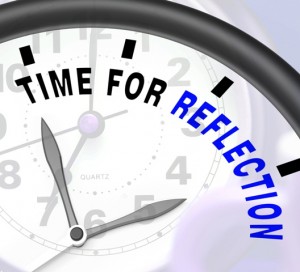 The questions the authors use to illustrate mirror those that one would find in teacher coaching conversations:

Why did you decide to model a strategy before the students attempted the work?

What did you observe that helped you decide the effectiveness of your choice?

How closely did you do what you had planned? Why?

Data verification is the process whereby learners are confronted with a different perception of the same data (i.e., counterfactual thinking), which enables them to

cross-validate information they hold before making changes to their mental models. Data verification also enables learners to sidestep potential biases, including confirmation bias, in which information that contradicts assumptions is overlooked, and hindsight bias, in which outcomes strongly affect how experience is viewed.

I have written in an earlier blog  about confirmation bias in teaching. Data verification is an important component of coaching. Another person in my classroom hears and sees things that I missed…. the power of a video clip that gave me another view that differs some from the one stored in my mind. Hearing another person’s thinking about the same observed data generates my own evaluation thinking.

What else could I have done? How might that option have impacted the outcome?

Feedback of two types is generated during systematic reflection. The first type is performance evaluation: absolute/relative success or failure and the second is feedback that aims to improve the process of task performance. When systematically reflecting, the learner is responsible for the analysis of his or her performance data and for generating reasons why things went right or wrong.

What worked? What didn’t work? What do you think you uncovered from this experience? What will you do next?

A concluding statement in the article on systemic reflection stood out to me as being valuable for those of us coaching teachers:

‘….by analyzing their successful experiences, learners become more aware of their share in the successes, which further increases their self-efficacy.”