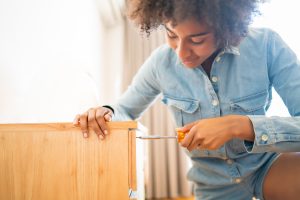 A recent blog by Angela Duckworth, Harnessing the IKEA Effect for Student Motivation, sent me exploring to find out more about the IKEA effect. Duckworth shared that having put together an IKEA stool, her assessment of its beauty had increased substantially over her husband’s view of the finished piece. She was confident that had their roles reversed (had he assembled) his rating would be higher than hers.

An early hint of the effect of labor on value emerged in the 1950s with the production of cake-mixes. The initial products were interpreted as making baking too easy, decreasing the value of the cake. When manufacturers implemented the need for adding eggs to the prepared mix, consumers were more comfortable with the finished product. Duckworth shared that while we often seek to avoid unnecessary effort, a lab experiment found that participants randomly assigned to build an IKEA storage box were subsequently willing to pay a 63 percent premium to take it home compared with those given the chance to buy an identical preassembled box. Thus, the person’s “sweat equity” increased the value.

An initial conflict emerged for me as I considered the IKEA effect. It doesn’t apply to me when it comes to IKEA purchases. Discomfort sets in for me when in the store or when the delivery occurs and tends to continue through the building process and frequently raises as I look at the final construction. A Harvard Business School paper shed light on my conflict. “The psychological process by which labor leads to love requires consideration of an additional crucial factor: The extent to which one’s labor is successful. Thus, our account suggests that only when people successfully complete a labor-intensive task do they come to value the fruits of that labor – the products they have created.” Ah, I do experience the IKEA effect, just not when doing an IKEA construction.

“Laziness is universal, but so is the capacity to labor–and to love the fruits of our labor.”

Duckworth shared an example of implementing the IKEA Effect in her classroom:

“At the beginning and end of each class, two teams of students share the mic. The opening team prepares a four-minute interactive activity that dovetails with that day’s lecture. The closing team interviews a guest speaker, introducing them to the class, asking the first questions, and moderating questions from the rest of the class. It’s a lot of work. The teams meet several times in advance—brainstorming, researching, coming up with a game plan, and then rehearsing.”

I have often pointed to the motivation that results when students have responsibility for deciding upon and planning the process as well as doing the “work” of reaching a learning outcome. What we might call their sweat equity: “Sweat equity originally referred to the value-enhancing improvements generated from the sweat of one’s brow. So, when people say they use sweat equity, they mean their physical labor, mental capacity, and time to boost the value of a specific project or venture.” 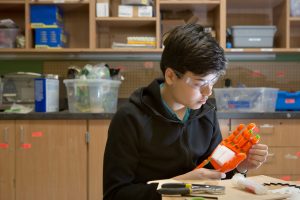 The teacher’s task in addition to providing the opportunity or challenge for the learners is to provide the necessary motivation and scaffolding. When I tackle an IKEA construction project, I generally lack the motivation to take on the challenge (I can order and pay for assembly when ordering delivery) and I have experienced that the visual directions provided are insufficient for my existing abilities. When the directions say to put screw C into hole F, I have difficulty deciding which screw is screw C. Undoing my mistake later isn’t as easy as when I make a mistake on my computer. I am assuming that with some coaching support over time, I could develop the necessary skills to increase my success and experience the IKEA effect. I am guessing, as happens with our students, I find ways to avoid the failure experience.

A teachers’ knowledge of her students increases her success at aligning the right motivation with just the right amount of scaffolding. We empower learners when we can increase their voice and choice in selecting learning outcomes and provide access to scaffolding when needed and requested. As I described in an earlier blog, over- scaffolding can squelch learning as much or more than under-scaffolding.

In this podcast, a middle school teacher and his students describe how they designed a simulation that taught their parents about homelessness in their community. I sensed that there were quite a few instances of the IKEA effect. This blog represents an IKEA effect for me. ?

Photo by Allison Shelley/The Verbatim Agency for American Education: Images of Teachers and Students in Action