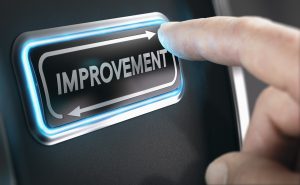 Most school administrators, instructional coaches, and teacher leaders have spent time in the previous weeks creating school improvement goals and a set of action steps to reach those goals. Frequently though the actions are implemented without the ongoing collection of evidence concerning the impact of the actions. Often because the impact of individual actions was not identified. At the end of the year, after assessing student learning outcomes, a decision was made that the actions worked or didn’t, based on the results. The problem with this process is that educator learning is rarely gained.

“Hypotheses can force individuals to articulate in advance why they believe a given course of action will succeed. A failure that exposes an incorrect hypothesis can more readily convert into organizational learning.”

Once an improvement outcome or goal has been agreed upon, action steps should be identified as a hypothesis. I have found instead that some leaders work through a list of action steps more as a to do list. Checking off each item as it is completed. Steps completed; we were successful? But what did we learn?

Using backwards planning, at least three hypotheses should be identified in this order:

#1 What would students need to do or experience that would cause the learning outcomes to be achieved?
#2 What teacher actions would be necessary to generate those student behaviors?
#3 What leadership actions are likely to initiate and support the teacher changes needed to engage students in the desired behaviors.

Example Hypothesis: If students engage in activities that are difficult and complex (challenging) and receive just in time scaffolding we can accelerate student learning. Teachers will need professional development, peer collaboration, and coaching to implement the needed changes.

The first indicators (evidence) are that the leadership behaviors have been implemented. Professional learning has been provided to teachers, administrators have communicated the compelling why for the desired change in teacher actions, empathy and support for the discomfort of change have been communicated, and coaching feedback has been provided.

“….when student data is the sole catalyst and the primary input for driving improvement efforts, an outsized piece of the puzzle is missing.”

The second evidence collection is that the changes in teacher actions have begun. Initially, the effectiveness of the teacher’s practice is secondary to the teacher’s attempts. If changes in teacher actions are not observed, (Walkthroughs seem to indicate substantial teacher directing and student complying) it indicates a need for modification in leadership behaviors.

Peer coaches observed and recorded conversations among students in collaborative groups: an increase in attempts was identified, also identified that failed attempts were being used as information to generate a new idea or possibility. Teacher has observed that the changes in the writers’ workshop process have increased student effort and persistence during and following writing time for the majority of her students. Six students have not changed their limited engagement in the writing process. (Possible modifications explored)

The collection of evidence throughout the improvement process is key to educator learning. School leaders and teachers should be engaged in identifying what they are learning throughout the process. That learning will likely influence future hypotheses.