Impact of Teachers Showing Their Belief in Students - Steve Barkley

Impact of Teachers Showing Their Belief in Students 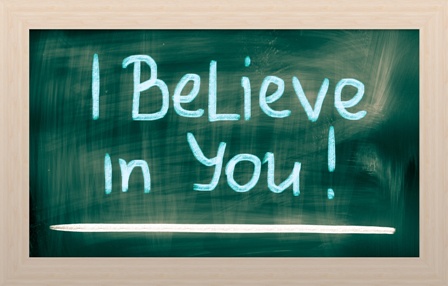 On a recent flight I was checking back on “items saved” on my computer and ran across a Mindshift post titled, How Showing and Telling Kids ‘I Believe in You’ Can Empower Them at School.

It was excerpted from a chapter titled, “Teaching Mathematics for a Growth Mindset” found in Jo Boaler’s book, Unleashing Students’ Potential Through Creative Math, Inspiring Messages and Innovative Teaching. As I read the piece and connected to the links to Boaler’s website , the messages struck a chord with my time prior to this flight. I had spent the morning of this day with my two grandchildren and their parents at a “fun swim meet” to kick off their summer swim team competitions. My granddaughter is 8 and 1/2 and a rather accomplished young swimmer. My grandson is 4 and ½ and swam in his very first race.

Boaler cites a study (Cohen & Garcia, 2014) where hundreds of students in high school English classes wrote essays and received critical diagnostic feedback from their teachers. Half the students received a single extra sentence on the bottom of the feedback. The students who received the extra sentence achieved at significantly higher levels a year later, even though the teachers did not know who received the sentence and there were no other differences between the groups. It may seem incredible that one sentence could change students’ learning trajectories to the extent that they achieve at higher levels a year later, with no other change, but this was the extra sentence:

“I am giving you this feedback because I believe in you.”

Boaler highlights that the relationship between our beliefs and the operation of our brains is profound. “If you believe in yourself, and do not think that your ability is fixed, your brain is more likely to spark and grow when mistakes are made. The fact that brain activity is most intense when people have a growth mindset shows just how important it is that people believe in themselves and they know that brains can grow and change with hard work.”  (Boaler)

“As hard as it is, it is important to not have any preconceptions about our students.We must be open at all times to any student working hard and achieving at high levels. Some students give the impression that math is a constant struggle for them and they may ask a lot of questions or keep saying they are stuck, but they are just hiding their mathematics potential and are likely to be suffering from a fixed mindset; often these students are scared to take a risk or to get anything wrong. Some students have had bad math experiences and messages from a young age or have not received opportunities for brain growth and learning that other students have, so they are at lower levels than other students. This in no way means they cannot excel with good mathematics teaching, positive messages, and, perhaps most importantly, high expectations from their teachers and parents.” (Boaler) 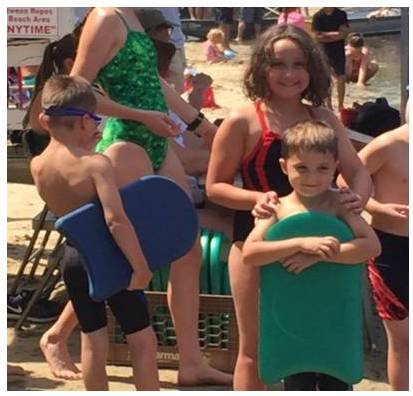 At my grandkids swim meet I observed parents and teammates encouraging and cheering each swimmer. Every swimmer, beginner to advanced, received cheering that communicated a “you can do it” belief. I heard coaches reminding the swimmers of their responsibility to encourage others. My grandson, swimming in his first race with a kickboard, had his sister swimming alongside to encourage him on. With the other swimmers at the finish line, the crowd continued cheering him to the finish.

What would it take for more of that kind of encouragement to be present for students in school? How would things change at the swim meet if the coach was required to issue grades at the end? How important is it that school leaders communicate a belief in teachers’ abilities? What if school leaders continually communicated:

“I am giving you this feedback because I believe in you.”

Being an encourager and communicating belief in another’s ability to grow can be difficult and challenging work. Boaler reminds us why it’s worth it. “You can be the person who turns things around for students and liberate their learning path. It usually takes just one person—a person whom students will never forget. “