In an earlier blog from August 2017, I explored the topic of leaders empowering PLCs. I included in that blog lists from Mindsteps identifying compliant and engaged students and suggested that the same descriptors could apply to PLCs.

I recently had a brief discussion with a building principal about the difference between inviting teachers to give input before making a decision and empowering teachers as decision-makers. Shortly after, she sent me this quote from George Couros:

“Are schools asking teachers to “empower” students while micromanaging what teachers do in classrooms?  I am seeing the word “empower” often in school vision and mission statements now, but also see a lot of teachers who feel that at the end of the day, their hands are tied in what they are genuinely able to do.  Is that perception or reality?”

I recall an experience, years ago, working with a school site-based management team. As I explored their working process, I asked them to identify decisions that the principal made after getting input from the team and decisions that the team had made. As we explored the question further and I observed their meetings, I uncovered an unconscious process in place. As topics came up for discussion and members shared their thinking, the principal either allowed the process to work toward consensus or ended the conversation with a “thanks for the input” comment.

Knowing the process is important for members of the team to know their roles and therefore their behaviors. If someone else is making the decision with input, each member’s goal is to present his view or opinion or choice as strongly as he can. The best argument for his case. If the team is going to make the decision, then each member needs to clearly present her thinking and be listening to understand other members’ views, looking for where a consensus could be reached. My recommendation to the team I was coaching was that the decisions to be made should be identified on the agenda as input or consensus. If the principal brought up a new topic, teachers were encouraged to ask, “Would you like our input, or will we make a decision?” 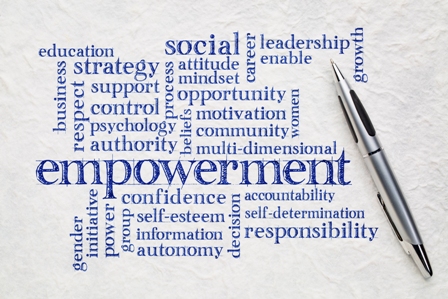 Tracy Skousen, writing on the Partners in Leadership website,  addresses the value of focusing on accountability different from responsibility.

“Clearly defining responsibility is certainly essential, but encouraging people to go a step further to get personally involved will secure better results every time. That’s where taking accountability comes into play. The notion of “taking accountability” naturally sounds more significant than “having responsibility”—you’re making the choice to go beyond what you’re responsible for, carrying with it an idea of ownership, involvement, and engagement.”

“Naturally, managers expect employees to live up to their responsibilities, but that should not be the only standard by which to measure employee success–much less employee engagement. A mere job description is simply not going to engage and energize any employee. With little control over whether an employee completes a task or meets a goal, successful leaders understand that real motivation comes from within; they spend time and energy shaping a culture that values ownership over crossing to-dos off a checklist.”

Teachers who can create student ownership of learning outcomes create motivation and investment that deepens and extends learning beyond “getting a grade.” School leaders who empower to create ownership extend a staff’s investment driving toward maximum student learning.