When Kim Cofino and Clint Hamada (Coach Better) interviewed me for a podcast, they posed this concern: 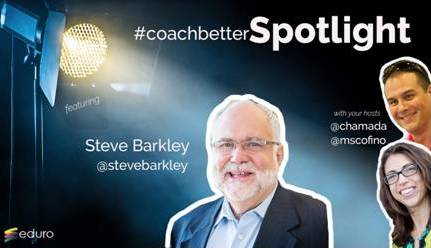 .”..a lot of teachers have gotten used to the privatization of their classrooms and almost feel threatened by the de-privatization that goes with coaching. How do you work with teachers and with coaches to do this in a non-threatening or less threatening way, so that those teachers who are used to the privatization are actually welcoming and opening their doors rather than sometimes feeling like they’re barricading their doors? A lot of our coaches and aspiring coaches ask, ‘How do I get in? How do I get that collaborative feel? How do I build that trust and those trusting relationships?'”

The next consideration should be the teacher leaders within the building. I visited a high school that had an instructional coach for three years and asked the principal if there were any department heads who had not yet invited the instructional coach into their classrooms? When the principal informed me there were several, I asked how they could still be in leadership roles?  To me, that should be an element of being a teacher leader. When selecting teachers for these leadership roles, it’s important to look for vulnerability. A teacher leader is a person who will make him or herself vulnerable before trust has been built.

So why are you a teacher leader?

“Because your student learning is so important to you that you would make yourself vulnerable. You would put your ego aside for the possibility that you might be able to learn something that would advance learning for your students.”

Administrators and coaches can encourage teacher leaders to  publicly engage in coaching activities as a start to changing the privatization picture.

Another strategy is to begin to define student success as a team outcome rather than as an individual teacher outcome. A team goal defines that I have responsibility for what’s happening in other classrooms as others share responsibility for “my students’ success.” A common goal establishes “our students.”  I now have no choice but to move into an area of vulnerability. Focus on vulnerability to build trust rather than building trust to gain vulnerability.

Kim and Clint added: How do you help people internalize the possibility that there is something they might learn?

My response: You begin by putting examples in front of them.

I’m working with a high school and a middle school leadership team that had me interview 15 teachers on the staff to develop the improvement plan for the leadership of the school. They decided to do this after I told them the story of a head of an international school who hired me to interview all of his direct reports so that he could build his professional improvement plan for the coming year from their input. (Here is a podcast with that head of school.) 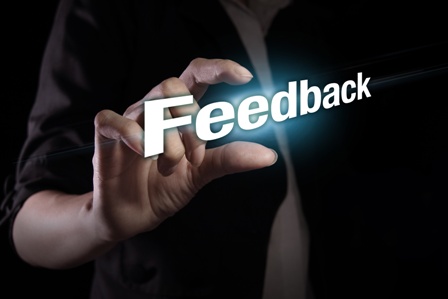 When people in these roles step out and do things like this, they model the value of feedback, coaching and vulnerability. They model being lead learners. The high school principal I worked with started the year with staff by presenting his professional growth plan based upon the feedback that came from staff. The phrase that I use with leaders is “you have to model the model.” Leadership in a school, must be taking on the behaviors that they are looking for teachers to be taking. As an instructional coach, you should be the most coached person in the building. Every time an instructional coach does a model lesson, there ought to be someone else observing and providing feedback. Allow the teacher whose classroom you’re modeling the lesson in to sit in on you receiving feedback and show how you use feedback.

Kim’s response provided me with an insight, “I really like how you have sandwiched this – coming from above and coming from the grass roots. You can change the culture of the school by having the highest-level leaders model their willingness to be vulnerable and then also have the coaches model that they’re being vulnerable at the ground level as well. And I think that idea of making sure that it comes up from below and down from above, working in synergy is a really important element for a successful coaching culture.”