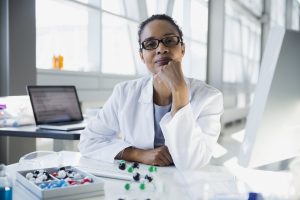 Adam Grant’s book Think Again (The Power of Knowing What You Don’t Know) provided me with lots of elements to ponder. A starting point was identifying when I am thinking like a preacher, prosecutor, politician, or scientist.

Preacher: In preacher mode, we’re convinced we’re right. In this style, we’re trying to persuade others to our way of thinking.

Prosecutor: In prosecutor mode, we’re trying to prove someone else wrong.

Politician: In the politician mode, we’re trying to win the approval of others.

Scientist: When thinking like a scientist, we are looking for reasons why we might be wrong not just reasons for why we are right. (Grant identifies that scientist thinking requires favoring humility over pride and curiosity over conviction)

I can imagine all four thinking styles being present as a high school staff opens a PD session around changing grading practices.

Preachers- “It’s clear that to support our students’ acceptance into higher education our current grading process is working well.” “Most teachers are opposed to administrators grading our teaching why would students see being graded differently?”

Prosecutors- “I am teaching many students whose past grades have communicated to them that giving up is their best option.” “Have you noticed that since the middle school changed to standards-based -grading, we have had to deal with decreasing student effort?”

Politicians- “The vast majority of parents are going to demand grades so that they know how students are doing?” “With technology, we can give parents a much better understanding of their students’ learning progress than our old grades and report cards ever did.”

Scientists- “How could we identify which students our current grading practices are motivating, demotivating, or having little or no effect.”

A sign of intellect is the ability to change your mind in the face of new facts.

A mark of wisdom is refusing to let the fear of admitting you were wrong stop you from getting it right.

Scientist thinking fits with the modifications I have been proposing for professional growth plans (PGPs): designed around a hypothesis rather than a goal. Jean Ross, writing in Sloan Management Review from MIT, “Why Hypotheses Beat Goals,” suggests that instead of asking “What is Your Goal?” we ask, “What is Your Hypothesis?” She states, “Hypotheses can force individuals to articulate in advance why they believe a given course of action will succeed. A failure that exposes an incorrect hypothesis can more readily convert into organizational learning.”

This approach to PGPs is strengthened by coaching support from colleagues, instructional coaches, or administrators. Coaching provides the collection of evidence that a plan is progressing or not progressing as expected and sets the stage for reflection that leads to learning from the evidence. (insights) Learning is our goal. When goals are the focus, one tends to miss important evidence along the way, staying focused only on the final outcome.

Consider a scenario where a teacher has a hypothesis that changing her grading to A, B, and Not Yet would increase the percentage of students meeting her course standards. If I were providing coaching, I would begin by having the teacher identify all the behaviors/actions she would need to implement to initiate and support such a change. The next step would be to identify the student learning behaviors/actions that she believes would change and cause the improved learning outcomes. We would probably consider which students already had the desired actions and who might be most likely and perhaps most challenging to change from current behaviors/mindsets.

My coaching questions would hopefully extend the teacher’s sense of “science thinking.” An approach based less on implementing what we “know is the right thing to do” and more on “discovering what generates the greatest success for learners.” The idea of scientist thinking is critical in teaching as it is rare for a strategy or practice to be best for all learners. Tweaking is almost always necessary. Now is a great time for teachers to see the coach as a support for scientist thinking. Gathering evidence about what is happening and reflecting on what it might mean. Currently, coaches are hearing from some teachers that they don’t have time or energy for coaching. The phrase is often, “Not one more thing.” Actually, most teachers are in full “tweaking” mode as they address students’ issues and needs that they haven’t faced previously. It is a time for scientist thinking and a supportive coach can help build teacher confidence.

On the topic of confidence, Grant writes, “Confidence is a measure of how much you believe in yourself. Evidence shows that’s distinct from how much you believe in your methods. You can be confident in your ability to achieve a goal in the future while maintaining the humility to question whether you have the right tools in the present. That’s the sweet spot of confidence.” (Think Again, pg 46)