I had the opportunity to facilitate 35 teacher leaders and administrators from Wood County Schools in West Virginia in identifying K12 math power standards. Working with a district leadership team in two Skype consulting sessions, we designed and tested a process for a one day work session where the initial power standards were decided upon. Here is the process we used: 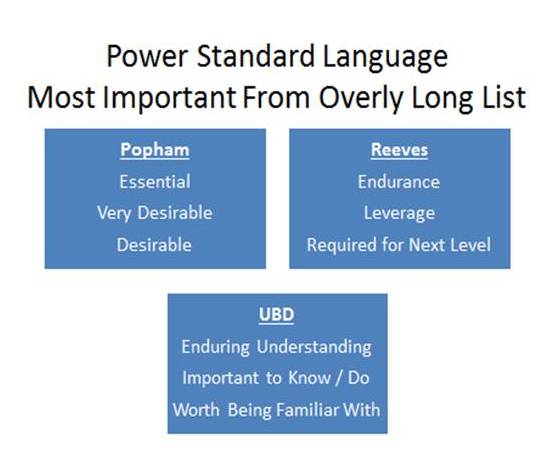 The leadership team had decided that we would use Ainsworth’s criteria of endurance, leverage, and readiness to select the power standards. Participants spent a few minutes seeking agreement on defining those terms. 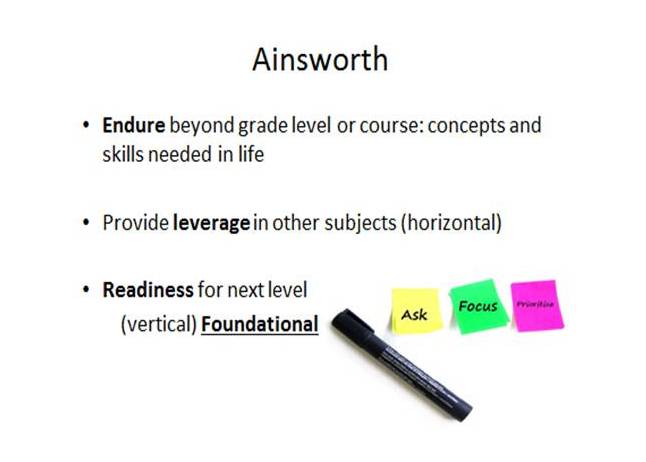 Then working in four groups (K-1-2, 3-4-5, 6-7-8, HS Math 1, 2 and 3) participants  selected power standards for each grade/course level. Each group began with the highest level and worked down. 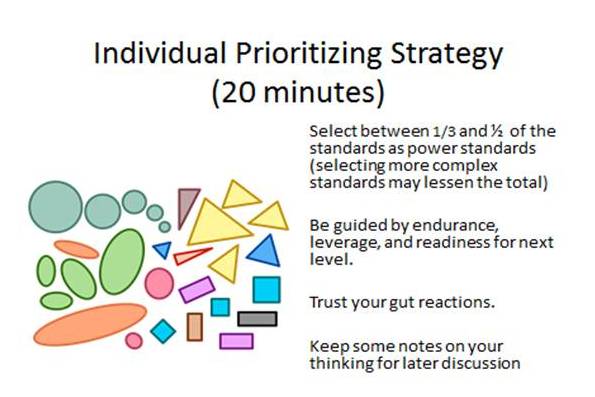 Then with a leadership member facilitating, these guidelines were used to reach consensus on power standards for that level: 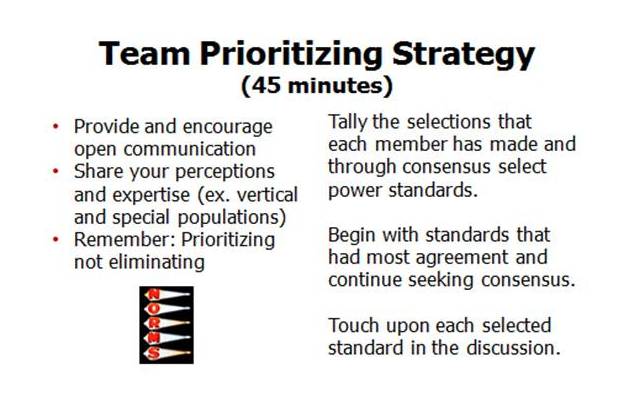 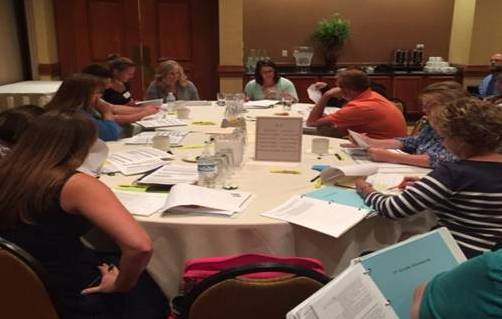 So, in this work session that started at 8 am,  members left for lunch with K-12 power standards posted on the wall. 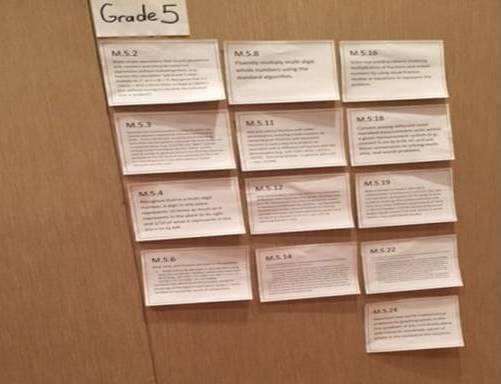 After lunch, we formed six groups that consisted of members from each of the teams that had made the grade level selections. These groups conducted a “Gallery Walk” of the standards with representatives presenting the thinking behind the choices that each group made. They noted…

*Similarities and differences in choices

*Questions for any group to consider

This walk produced questions and concerns regarding the alignment between 2-3, 5-6, and 8-9. After the walk, participants returned to their grade level teams and examined issues that were raised. Several cross team conversations emerged. Some changes in power standards were decided upon from these discussions.

By 3:30 pm the teams had identified next steps in taking the initial power standards selected to the whole school staff. 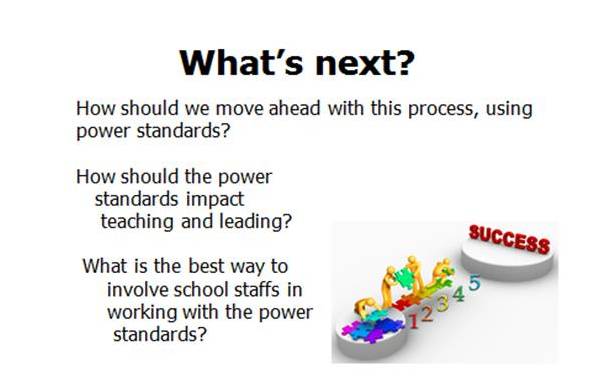 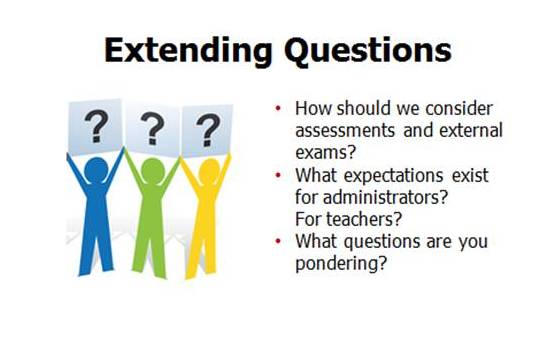 I was pleased with the progress made on this effort with a single day kick off. Follow through with the district leadership team will be crucial. If you have questions about the process, feel free to contact me.