While engaged in coaching the members of a district-wide curriculum team, both individually and collectively, I had the opportunity to read a post by Randy Hall from the Leadership Gym. In “Want change? Why your team isn’t buying,” he states that, “Businesses that are growing, thriving, and sustainable are constantly in a state of change. No one improves without change.”

As educators and schools, we were forced to change during the pandemic. The big questions now will be, “How do we capitalize on those changes so that the outcomes are improvements?” and “How do we come out of the pandemic stronger, smarter, more committed to student learning than we were in our pre-pandemic schools. The team I am coaching is planning for students who will be coming “into schools” for a summer program after having been learning virtually for almost 18 months. Besides being quarantined, many students’ families suffered a substantial loss of income and a high number had to deal with the loss of family members’ lives.

Curriculum specialists in larger districts have often operated in silos. They tended to be responsible for “their” content area’s success. In some cases, even competing for available resources, especially for time or attention on district principals’ meeting agendas. One district I consulted with had elementary instructional coaches who worked with four different curriculum specialists. Each specialist set goals or requirements for program implementation, often without being aware of each other’s expectation. This left the instructional coach responding to teachers’ questions or concerns about “How to do it all?” Similarly, I’ve seen teachers miss the connections between professional development that were provided by different curriculum specialists. Frequently, the lack of connection caused teachers to see competing priorities as a no-win situation for the teacher. 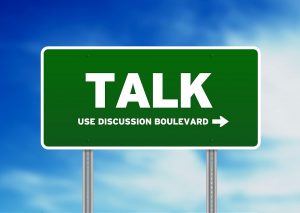 Having input vs being empowered.

I recall an experience, years ago, working with a school site-based management team. As I explored their working process, I asked them to identify decisions that the principal made after getting input from the team and decisions that the team had made. As we explored the question further and I observed their meetings, I uncovered an unconscious process in place. As topics came up for discussion and members shared their thinking, the principal either allowed the process to work toward consensus or ended the conversation with a “thanks for the input” comment. 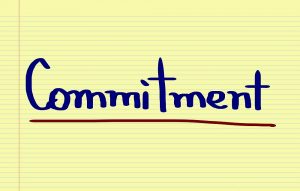 Knowing the process is important for members of the team to know their roles and therefore their behaviors. If someone else is making the decision with input, each member’s goal is to present his view or opinion or choice as strongly as he can. The best argument for his case. If the team is going to make the decision, then each member needs to clearly present her thinking and be listening to understand other members’ views, looking for where a consensus could be reached. My recommendation to the team, was that the decisions to be made should be identified on the agenda as input or consensus. If the principal brought up a new topic, teachers were encouraged to ask, “Would you like our input, or will we make a decision?”

Hall identifies ownership as “a complete connection to the success of an idea” which is gained when people process an idea in ways that lead to a complete understanding and a deeper value of the effort needed to achieve the outcome. (Commitment)

As leaders look to this next school year, building a school team’s commitment to the desired student experience is critical. Compliance will be insufficient. Involvement that builds ownership and commitment is a must.

The same will be true for teachers seeking to gain student commitment in learning.

“Are schools asking teachers to “empower” students while micromanaging what teachers do in classrooms?  I am seeing the word “empower” often in-school vision and mission statements now, but also see a lot of teachers who feel that at the end of the day, their hands are tied in what they are genuinely able to do.  Is that perception or reality?”