A Mentoring and Coaching Culture

Whenever I have been part of a mentor training program, I have suggested that the job of a mentor should be to mentor the system because everyone in the school and district office should have a role to play in the success of the new teacher. Similarly, I have suggested that instructional coaches should play the role of coaching “coaching.” Sufficient coaching cannot be provided to teachers if coaching is only done by the instructional coach and perhaps the rarer coaching from a building administrator.  We need a culture where coaching is everyone’s responsibility and reward. 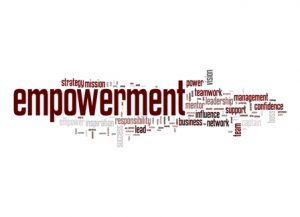 My views were reinforced in a recent article in the Harvard Business Review by Brad Johnson and David Smith. In Real Mentorship Starts with Company Culture, Not Formal Programs, they describe mentors of the moment.

“Here is the problem: Mentoring programs typically rely on single mentor-mentee matches, pairings that by nature are quite formal and hierarchical, when all the evidence shows that many employees — especially women — prefer mentorships with a more reciprocal and mutual character. Single mentors are also less career enhancing than robust developmental networks or mentoring constellations.”

I love the term ‘mentoring constellations.’ It fits what I have been trying to describe as the role of the assigned ‘mentor.’ How can I see that all the people in the system, with all the resources they have, become readily available and accessible to the new person on staff? How do I make all the opportunities that are available for connections evident to the new staff member along with a sense of real invitation to join in?

“Mentors-of-the-moment help to promote a mentoring culture where all members of the organization — especially those in the middle to upper ranks — seek opportunities in daily interactions to develop or grow junior colleagues and peers. The mentor-of-the-moment model flips the script on mentoring, from an onerous, formal, add-on obligation, to a delightful opportunity to use shorter exchanges to enhance self-esteem, self-confidence, and sense of belonging in someone junior.”

Why does this approach to mentoring work?

“The mere exposure effect in social psychology supports the value of positive micro-exchanges in the workplace in building informal and increasingly bonded mentoring relationships. Even relatively brief interactions can lead to increasingly transformative developmental relationships.”

To have such a mentoring culture means leaders need to communicate an expectation. It is another element of having a school where teachers see themselves as team members rather than franchise owners. If the students are “all our students” then I need to be invested in the success of every teacher to maximize success for all learners. I have observed the opposite in some schools where teachers are aware of a struggling new colleague and do nothing. When I asked, “Why?”  I was told that they didn’t want to interfere. I tend to call that hazing. Since I may have been left to struggle on my own, I allow the same system to continue.

Mentoring for beginning teachers and staff new to a school should communicate the existence of a coaching culture for everyone in the school. This requires leaders to model and to support teachers mentoring and coaching each other. If the school has a culture of coaching, as a teacher, I recognize that many members of the staff are available to assist me in my continuous growth and my administrator who does my evaluation can at times set aside that evaluation role and work as my mentor or coach. 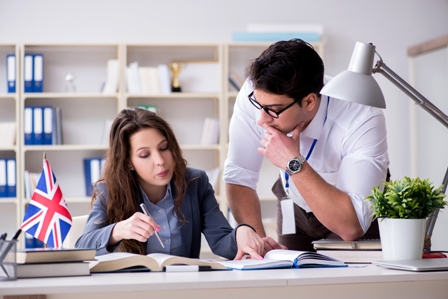 School leaders need to communicate the purpose of having a coaching culture. Consider this quote from the Institute of Leadership & Management report on Creating a Coaching Culture.

“…Many organizations still view coaching as a tool for correcting poor performance. However, good coaching is about achieving a high- performance culture, not managing a low-performance one, and should not be seen primarily as a remedial tool.”

This statement also applies to mentoring. Your mentoring is driven by the strengths of the people you hired, not their weaknesses.  It’s important that principals work with instructional coaches to extend the coaching culture in a school. That culture increases the impact that the coach can have when providing feedback and reflection opportunities as well as increasing the coach’s role in being the “coach of coaching.” Anyone working in a coaching leadership role (instructional coach, team leader, department head) should be increasing the amount of teacher to teacher coaching occurring in the school.

What are your purposeful behaviors to deepen the mentoring and coaching culture in your school? How much coaching are you requesting? Comment below.

2 Responses to “ A Mentoring and Coaching Culture ”